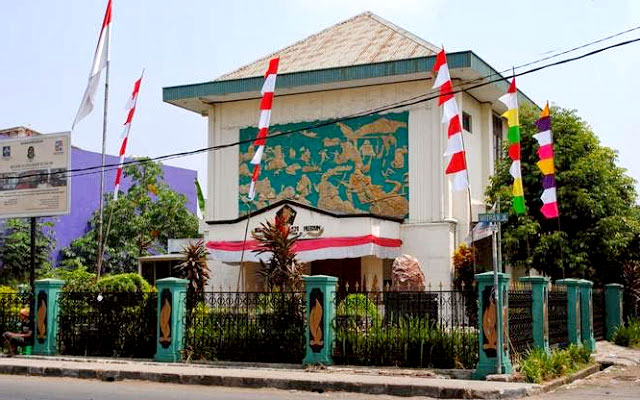 It is true Bogor is known for its majestic Grand Park. However, tourists should visit other interesting vacation destinations including historical museums. As for the reference, there is Perjuangan Museum located in Merdeka Street, Cibogor Village. In terms of region, it belongs to Central Bogor Sub-District though. “Perjuangan” means the struggle, actually. No wonder, the museum stores historical items and information related to local heroes during the fight against the invaders back then. The museum was built in 1879 during the reign of the Dutch and it was used as the crops storage at the time.

The Nuance
In terms of appearance, Perjuangan Museum looks old and outdated. Despite the fact, it is well-maintained so it appears neat and clean. No wonder, visitors feel comfortable when exploring the museum while watching numerous historical items inside. The design indeed represents the Dutch’s architecture as it was built during the colonial era. What is more? Above the main entrance, visitors may see a beautiful wall painting and other unique ornaments. This explains why many tourists would take pictures in front of the entrance before entering the museum.

Exploring Perjuangan Museum
It doesn’t take much time to explore Perjuangan Museum due to its moderate size, as compared to others. This two-story building also has a neat arrangement of the historical collections, creating a comfy nuance inside. Once entering the museum, though, tourists may see several dioramas directly. These tell the struggles of the locals during various conflicts like Cemplang, Jambudipa, etc. Perhaps some people have a difficulty to understand those dioramas, no? In this case, they can take advantage of a tour guide’s service who can tell further information regarding those reliefs.

The next interesting collections are definitely weapons used during the struggles back then. There are various types of them including pistols, traditional weapons, mortars, etc. Most of them are the confiscated weapons of the enemies (the Dutch and Japanese Army’s). Tourists can see these historical objects on the second floor, actually. Even though taking pictures is allowed inside the museum, visitors should consider asking for permission from the keeper beforehand. It is to make sure that they know basic rules when exploring the museum.

What is more? Perjuangan Museum also stores an old mimeograph, used to support the war against the enemies. Even tourists may find several old typewriters there. The next interesting objects that tourists should not miss to watch are the collection of old money used during the struggle for Independence of Indonesia. Before going home, make sure to see the patriot’s clothes covered in blood there!

How to Get There
For those coming from Jakarta City, they can take any local transportation service and head to Bogor City right away. Next, they only need to reach Central Bogor Sub-District and head to Cibogor Village in order to get to the museum. The distance is 52.8 km, so the trip may take about 53 minutes.